Get fresh music recommendations delivered to your inbox every Friday.
We've updated our Terms of Use. You can review the changes here.

from Leftovers and Underwear: B​-​sides and Early Works by madcrasher 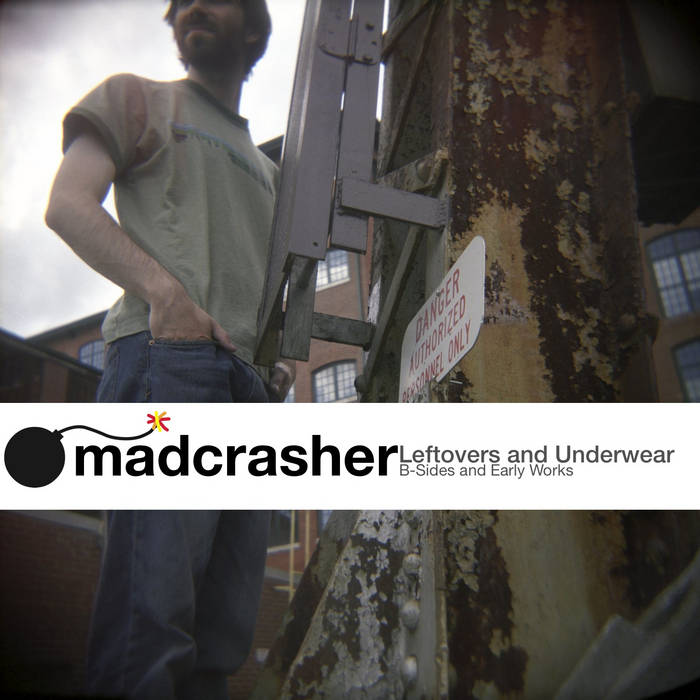 Originally recorded in 2006. This is the first version of this song, a rap opera between two characters: the atheistic pessimist and the Christian optimist. Guess which one I am. It works as a statement of faith and purpose, and it's certainly long enough to be a manifesto.

That's right.
They'll lie to you, they'll cheat on you,
They'll spit on you, they'll disrespect you,
Your biggest enemy's your closest friend
Only matters who's on top in the end
Keep a sharp eye open; look out for number one
Keep to yourself, and when the day is done
You might have something to stick under your bed, but
This world isn't kind if you don't plan ahead
'Cause then you'll be a leech like the people on the street
Always asking for money to buy something to eat
But you know what? They're just gonna buy alcohol,
Drugs, or worse, look around for some number to call
And all those people that say that want to help
While reaching in your pockets until you pay up
There's no charity; no, it's all just a cop
To satisfy wallets and consciences--

--Wait, stop.
I don't quite agree with the things that you're saying
Not everyone can be in on the game that you're playing
There's gotta be something to explain what they did
Besides selfishness, guiltiness, and--

--Shut up, kid
It's the truth, you know it just as much as I do
No one in the world's looking out for you.
Politicians? Ha, just follow the trail of money
Back to the interest groups and you'll find the key.
The media? They've got their agenda to push on you.
They'll yell until your face turns blue from
Holding your breath, waiting for the next thing
But when it comes, it never seems to bring
What we needed. It's always over in a flash.
Build your hopes up only to have them get dashed.
Where you're at now is where you'll be for eternity
'Cause life's not fair, but it's all we got, you see.

I beg to differ; there's gotta be life after this...

Listen to me now kid, or you're gonna miss the obvious.
The church you believe in is wrong.
Every last shred of honesty's been long gone.
TV preachers that sell you salvation
While praying to God to smite the enemies of the nation
Murdering the doctors that help people end it all
Trying to force religion where they don't want it at all
Raise money for a building while there's people left to feed
Offering them God while not giving what they need
Eternal life? Ha! All they care about is stuff
Not to mention the priests--

--Okay, that's ENOUGH!
First of all, get your excuses right:
I don't have faith in the church, I have faith in Jesus Christ!
As humans, we all make mistakes now and then
We get knocked off our feet, but we get up again.
God is perfect, not the humans who lead the church
In its quest to fulfill the needs of
All those God has called to carry His Name,
See, we are the ones that are causing all the shame
That you're talking about, that you're ranting about;
The church, like everything, is not without its
Bad apples, bad people, and singers of songs,
But it doesn't mean that the whole system is wrong!
See, God is in control no matter what we do,
If I'm right or wrong, he still comes shining through.
If a preacher's lying to me, God'll still show me
What's right and wrong, good and bad, and all that is Holy.
The thing is, God works in spite of our failures
And gets His work done no matter what our behavior.
So you see, it doesn't really matter what I hear,
'Cause with God on my side I got nothing to fear.

Heh, too bad your god isn't real.
Don't try to win me over with those feelings you feel.
Everything you've said depends on a deity
That no one knows for sure what it could possibly be.

Is that it? I guess it boils down to the fact
That God's either real, or it's all just an act.
It's something we all have to feel inside,
But as much as I want to, I can't let it slide
Because everything that I am counts on
My sovereign God watching 'til the day is done.
I know that he's got my best interests in mind
Even if the good part seems so hard to find.
As for people, like I said, we all fall down,
And from what I've seen as I look around this world
I see I mess up more, despite my good health,
So forget everybody, I can't trust myself!
I'd rather make friends I can stand to be around
Than worry over which of them is going to let me down.
Plan for the worst, but hope for the best,
And leave it up to God to take care of the rest.
I freely admit this world isn't perfect.
That's not my point, and I don't think it's worth it
To waste time worrying about this life
When on the horizon is an end to this strife.
This world's not my home, I won't stay any longer
Than I'm meant to. I couldn't be any wronger
Than to think I'm just another human from the store
When God's planned for me to be so much more!
I've got dreams and plans, and I won't let them go
Until they come true, or God decides to show me
A better idea, but even then I'll be living
The best life possible with the stuff I've been given.
Bottom line is, God's watching out for me,
And I trust Him to make me who I'm meant to be.
If that's not the case, I'm a pretty lucky guy,
But I can't count on luck because it always runs dry.

Why do you look at me
Like I'm some little kid
That's the bane of your existence
Just because I believe in something
You don't understand?
Your claims offer me no hope,
So I choose to believe in the God I can't see!
Even if it's a lie, I can still die happy,
But the truth is, there is a God,
And I can't say there isn't,
Even if I wanted to...

There is no bio. A bio implies there is, in fact, a story to be told and that this is not, in fact, just some guy messing around on his computer.